Release highlights in this article

Campaign Builder now requires a name not only to execute a campaign, but also to save it as a draft. The name must be unique, with the field allowing a maximum of 255 characters.

The page for e-gift balances now supports displaying dates in the DD/MM/YYYY format. A brand can decide on the format used according to the country of its corporate location.

Pounds and Euros are now accepted for e-gift purchases. The e-gift pages display and will process payment in your brand’s choice of the following currencies: CAD, Euro, Mexican peso, pound sterling, and USD.

Receipts from the Order & Delivery tablet now include any relevant coupons.

Clients using Order & Delivery can now start their store numbers with any integer, not just 1.

The Order & Delivery API now allows a third-party integrator to provide updates to a smaller portion of the menu. Integrators that maintain only part of the menu, such as prices or inventory, are able to pass this data to Paytronix. This feature is of particular importance for convenience-store clients that maintain a menu price book outside of their point of sale.

A new user interface enables clients using Paytronix Payments for Order & Delivery to manage disputes on charges in a self-service manner, without help from the support team.

A rewritten integration between Order & Delivery and Revel enables several new levels of functionality. Most notably, menu setup and loyalty maintenance are simplified since more data can be synced from the POS. Some of the specific updates include:

Order & Delivery is better able to locate addresses outside of the United States, which was specifically requested by clients with locations in Mexico and Puerto Rico.

DoorDash menus can now be both pulled and pushed, enabling transfer from Order & Delivery when new locations are set up. Human intervention had previously been required to push a menu prior to activating the integration.

Order & Delivery now automatically pushes images to DoorDash through its newly added image API. Some delay may still be seen, as DoorDash staff must approve images, but this automates a process that had previously been done manually.

Grubhub has upgraded its API interface for accepting marketplace orders, and Order & Delivery is now certified with the new version.

Order & Delivery supports NCR’s new BSP order-monitoring service. Once enabled, it can be activated at the merchant level. Also, NCR alerts Order & Delivery if a location is offline and not able to accept orders, so a site can be shut off until it becomes operational again.

The order-receiving tablet application now lets you use a PIN to protect against inadvertently 86ing items.

The menu editor for Order & Delivery now accommodates search by menu item name, which enables clients with large menus to quickly find an item they wish to edit.

The non-sync menu editor for Order & Delivery now allows individual items to be excluded from certain menus, including those of both first and third parties. Items could previously be excluded only from all menus managed by Paytronix or its Handoff providers.

All campaign schedules are now set and executed based on the Eastern Time Zone. Schedules had previously been established in the user’s time zone and then converted to Eastern Time on the back end, which led to confusion. 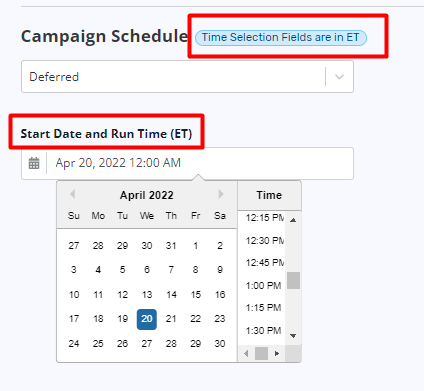 The Campaign Builder tool now checks mobile messages for included surveys. If a message template contains a survey parameter in the push/pull body fields, the campaign setup indicates that it’s a “survey-based email.”

Order & Delivery now employs global IDs to reference items that are used for in-store loyalty to facilitate setup of loyalty rewards that can be redeemed either in-store or via online ordering.

If a tip amount isn’t set as a default, the user must enter it before proceeding with checkout. This modified tip flow helps ensure that the staff isn’t denied a tip because the guest simply missed the field.

Automated alerts are now clearer about what action the user must take to resolve an issue involving Handoff.

Better logging of the communication associated with a given online order enables improved service and helps diagnose configuration issues.

The Order & Delivery tablet application has been updated to allow for Bluetooth printing on devices running Android 11 or higher.

Connecting the order-receiving application of the Order & Delivery tablet to the POS can now be done through a one-time user-generated code. The initial login formerly required permissions for the appropriate store.

Clients using Brink and Handoff now have updated handling of markup and taxes, with the ability to process a markup as a surcharge or as an open item.

Handoff can also pass a tax override of $0.00 to Brink when the tax has been remitted by a third-party marketplace.

The same guest-facing labeling used for rewards elsewhere in the system now displays on the Order & Delivery checkout screen.

Since substituting one modifier for another would result in the guest paying more to use Order with Google, Order & Delivery now omits items that have substitution pricing when publishing to Google.

Several improvements have been made to the NCR/Radiant POS integration, including:

To avoid display issues when syncing menu items from the POS with online ordering, leading and trailing spaces are automatically trimmed.

Categories created within the menu-sync editor for Order & Delivery can now be transferred to other locations with the “copy menu-sync changes” feature. This functionality enables clients to create custom categories for online ordering and apply them elsewhere as needed.

The enterprise menu editor for Order & Delivery allows submenus to be adjusted based on day parts, so clients can set things like a happy hour across multiple locations.

Expanded functionality for clients running “reward yourself” programs and using online ordering enables guests to see a points range for items with multiple sizes. The points value was previously hidden because it could vary by size.

The order-receiving application of the Order & Delivery tablet can now hide taxes estimated at zero, keeping them off in-store receipts.

An integration between Order & Delivery and POSitouch has added the ability to hold a guest on the submission page until the system receives confirmation that an online order will be successful (i.e., the location is online and no items are out of stock). Because it could be activated without a time delay, nearly all orders were being rejected. A default of three minutes is now in place, but it’s recommended that clients adjust the setting on their end.

An issue involving DoorDash subtracting the value of free modifiers from a guest’s base price has been resolved.